Rumors abound when the origins of the Count come into play.  Here are some of the suggested origins.  I would love to hear your thoughts and your reasoning. 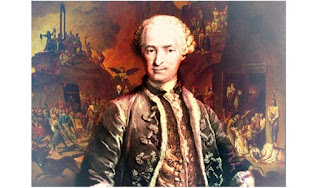 "This theory held by Gorg Hezekiel in his Abenteuerliche Gesellen, i., 35, Berlin, 1862.  Karl von Weber (op. cit., i., 318) also says that M. de St. Germain openy appeared in Leipzig in 1777 as Prince Ragoczy, and that he was often known as Graf Tzarogy, which latter is merely an anagram for Ragotzy (Ragoczy)."